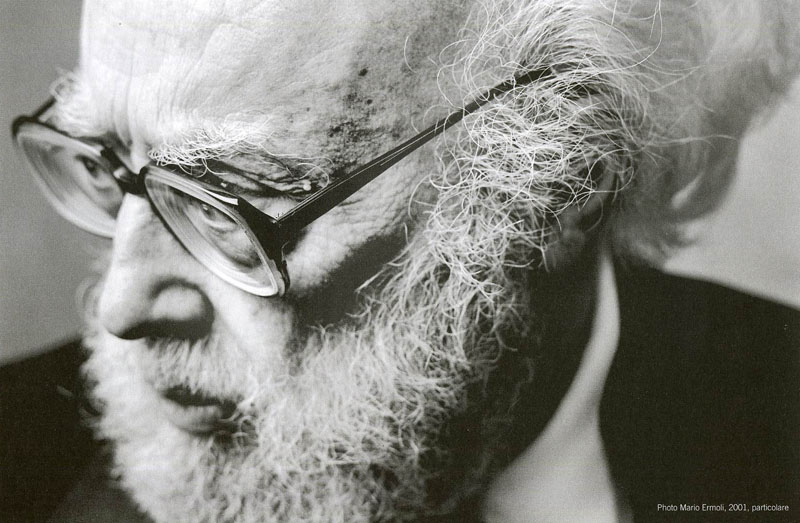 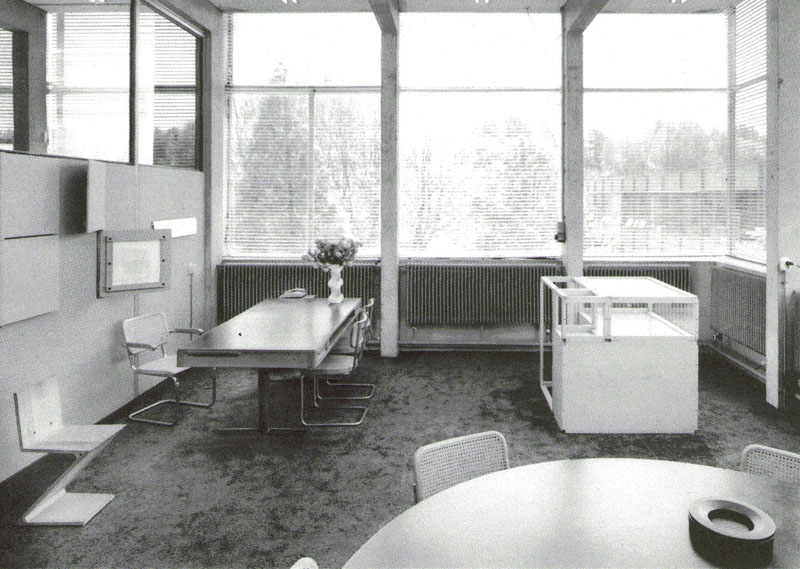 At the Gerrit Rietveld Academie Amsterdam practically everyone knows this ashtray, if not actively as a knower or user then still passively since the object is displayed in the vitrine on the first floor of the academy. This ashtray, designed in 1964 by Angelo Mangiarotti, used to be an accessory of the Board Room. Nowadays it is part of the academy's collection. 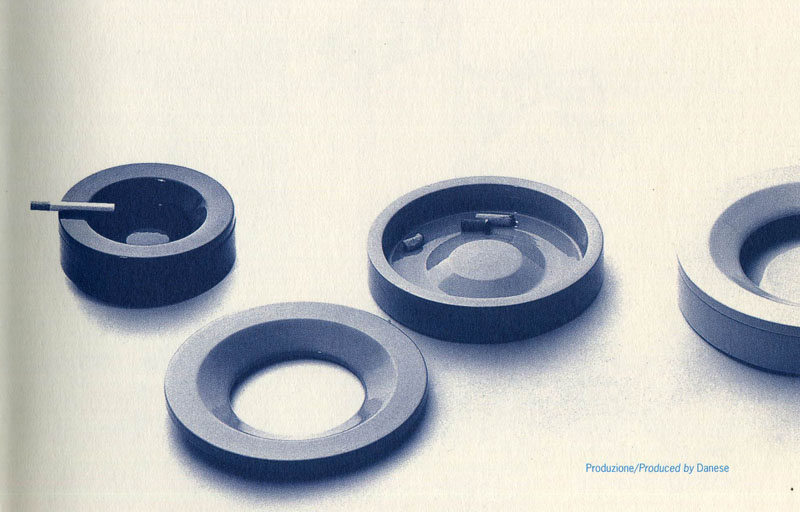 Many of us may know also Mangiarotti's (patented) glass-chain objects, to be composed into pending light-sculptures, as for which they have become well-known by numerous publications. He designed this "Giogali" piece in 1968. 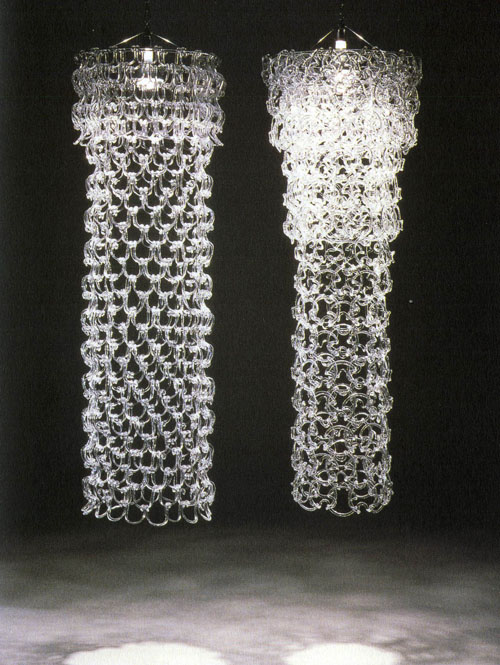 Angelo Mangiarotti passed away July, 2 at the age of 92, leaving behind a vast heritage of courageous, intelligent and authentic products and buildings, products of a lifelong drive to respond in form and material to the world around him, based on a principally partizan and social life-conviction. As an example: he was one of the first to design prefab concrete elements, to be mounted by cranes, to contribute to the well-being of the labourer and builders in their heavy physical working-circumstances. 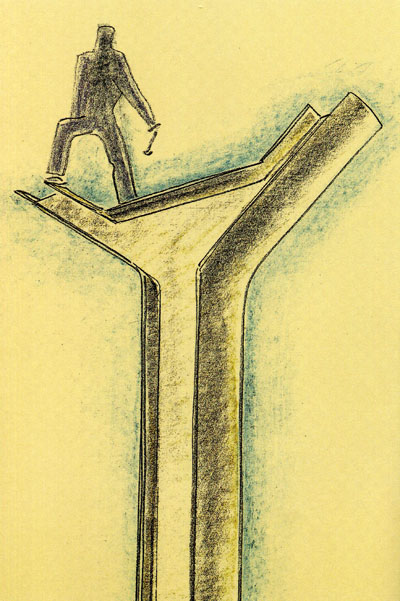 Italian newspapers and magazines have payed widely attention to his death:
http://blog.atcasa.corriere.it/tendenze/2012/07/02/lultimo-saluto-a-angelo-mangiarotti/

There is enough reason to salute him one more time beyond the very borders of Italy.
He has been called "uno degli ultimi maestri del design italiano" (one of the last masters of Italian design), capturing in form the essentials of any 3D objects of any use from small scale up to the scale of urban architecture.
Countless are the impressive publications testimony of his diligence and perseverance, his collaborations with a.o Mies van der Rohe and Bruno Morassuti, his relations with a.o. Le Corbusier and Carlo Scarpa - a complete list can be found on studiomangiarotti.com.

On top of this I have a personal affection and gratitude towards him after almost 30 years of professional acquaintance and mutual friendship, which leads me to speak out at this momentum.
Wit, brightness, capacity to ironize, his sensibility and glimpses of romanticism have struck me as much as his expressions in form and material - his designs. Sardonic remarks illustated his sharp and energetic observations, ready to jump into new consequences and new conclusions.

As an intern at his Milanese studio during 1983-1984, he was a severe master. Between working on the Chicago Chair (above) in 1983 and our last coffee together last Oct. 2011 we met regularly, having pranzo or cena together in an always most interested and welcoming reception, accompanied by his partner arch. Chiara Pampo. 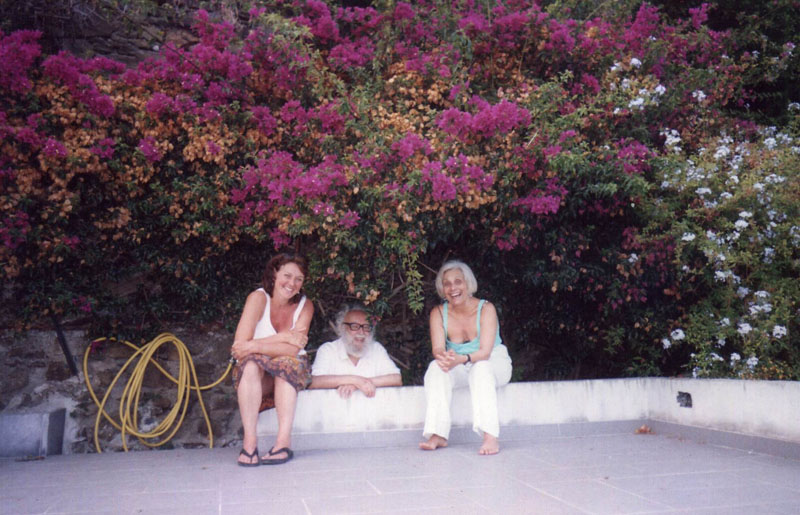 Angelo searched for the "Matters Tongue": listening to the intrinsic voice of the material, guiding the designer towards an adventurous and autonomous use of a material into a form which maximalizes function, ergonomics and associative relevance of the object. 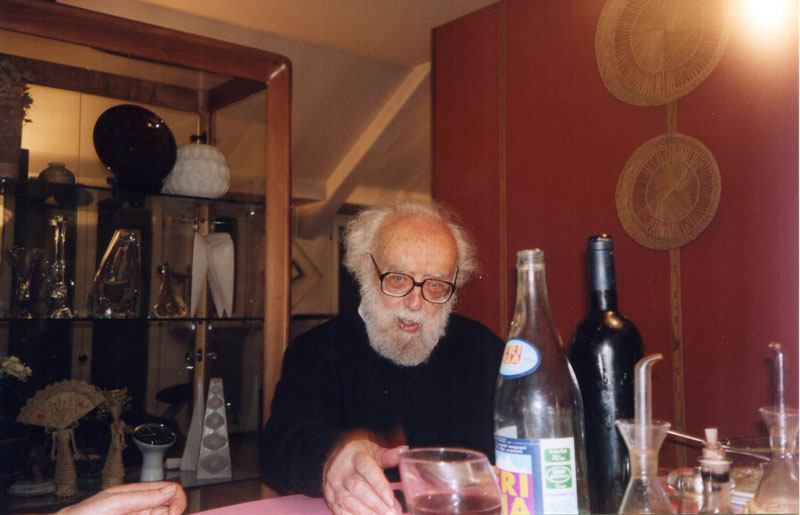